The bank is the largest repository of MS and Parkinson's brain and spinal cord tissue in Europe. 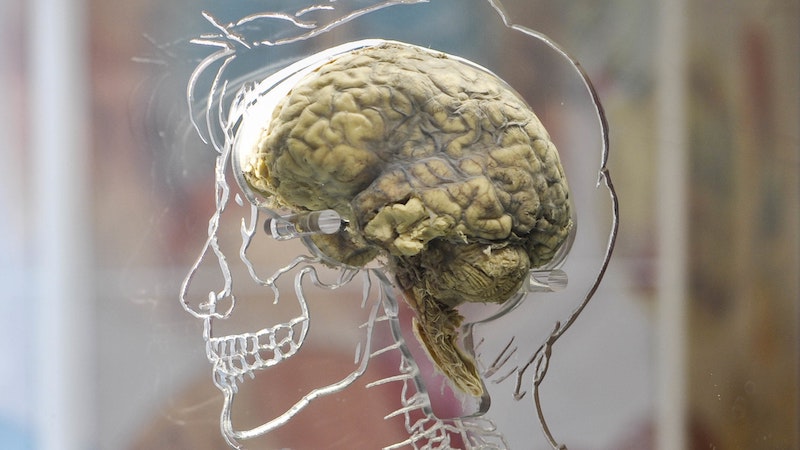 A £3 million charity fund will allow scientists across the world to access stored brains virtually by helping digitise part of Europe’s largest brain and tissue bank.

The digital brain bank, funded by the MS Society and Parkinson’s UK, will be based in the charities’ existing tissue bank at Imperial College London.

The bank is the largest repository of MS and Parkinson’s brain and spinal cord tissue in Europe.

The charities say it has shared over 100,000 samples with scientists since it opened 20 years ago, leading to more than 700 research projects worldwide.

"We can see a future where nobody needs to worry about MS getting worse" - Dr Sorrel Bickley, MS Society

They believe that the technology will help scientists stop the neurological conditions faster and speed up access to treatment.

Storing tissue samples digitally means each brain can be used more extensively and benefit future as well as current projects, they say.

A 3D interactive section will allow people to explore the virtual brain and help potential donors understand the purpose of the bank and what happens to tissue when it is donated.

The funds will be paid over five years and will also support work to establish how a person’s genes affect how their condition develops.

"This holds huge potential for speeding up access to better treatments and ultimately a cure for the 148,000 people with Parkinson’s in the UK" - Professor David Dexter, Parkinson's UK

Current treatments do not stop, slow or reverse MS and Parkinson’s, which affect more than 248,000 people in the UK.

MS Society head of biomedical research, Dr Sorrel Bickley, said: “The MS Society Tissue Bank has been vital in improving our understanding of MS and finding treatments for some people with the condition. But our top priority now is finding treatments to slow or stop MS for everyone.

“We can see a future where nobody needs to worry about MS getting worse, but for that to happen we urgently need to find treatments that repair myelin – the protective layer that surrounds our nerves, which is damaged in MS – stop inflammation in the brain, and protect nerves from damage.

“This funding will allow researchers to operate as effectively as possible, and ultimately help us stop MS faster.”

Professor David Dexter, deputy director of research at Parkinson’s UK, added: “This holds huge potential for speeding up access to better treatments and ultimately a cure for the 148,000 people with Parkinson’s in the UK.

“In addition to providing tissue to researchers worldwide, this project will now also give them access to an immense library of tissue images that can be studied indefinitely.”